Global Warming: Is it Too Late?

The first 6 months of 2016 are on track to make this year the warmest on record, more than 0.1°C warmer than 2015, which previously held this dubious record. The global mean is now almost 1.0°C above the pre-industrial level.

At the Paris climate meeting last December, the nations of the world adopted a temperature target of no more than 1.5°C warming above pre-industrial levels, but it is widely recognized—at least among climate scientists—that there is almost no chance of limiting the warming to 1.5°C and very little chance of limiting it to 2.0°C.

The reasons for this are quite simple: the heat trapping of all the extra greenhouse gases (GHGs) already in the atmosphere adds up to 70-90% of that which we would get if the CO2 concentration alone were to double, and the long-standing scientific consensus is that a CO2 doubling (or its heat-trapping equivalent) will eventually warm the climate by 1.5-4.5°C in the global average.1

The fact that we have seen just under 1.0°C warming so far, despite the near-doubling of the atmosphere’s effective CO2 concentration, is due to short-lived pollutant particles called “aerosols.” These have a net cooling effect which is sufficient to offset up to half of the heating effect from the increase in GHGs.

Moreover, it will take decades—possibly as long as a century—for most of the projected warming to occur, because of the long time it takes to warm up the oceans.

When the global community eventually reduces fossil fuel use—the major source of GHG emissions—aerosol pollution emissions will fall, as will their concentrations (their lifespan in the atmosphere is only a matter of days). There will be some further increase in the concentration of CO2 and other long-lived GHGs due to the cumulative emissions between now and the phaseout of fossil fuels (which, even in the most optimistic scenarios, will still take decades). Thus, it is hard to see how we could peak at anything less than the equivalent of a doubled CO2 concentration, even after accounting for aerosols.2

So why is there even talk of limiting warming to 1.5°C? Scenarios that have a 50% chance of limiting the warming to 1.5°C assume two things: a near elimination of global fossil fuel emissions by 2050 or 2060, and the build-up of a CO2 sink equivalent to one quarter or more of current emissions by mid-century. The CO2 sink could occur through massive deployment of biomass energy crops—which absorb CO2 from the atmosphere as they grow—and capture and deep burial of the CO2 that would otherwise be returned to the atmosphere when the energy crops are burned as a fuel.

Other options to create such “negative emissions” include direct capture of CO2 from the atmosphere on a massive scale powered by renewable energy, or the buildup of carbon in world soils through biochar. However, the technical, financial and social feasibility of deploying these schemes on a scale large enough to make a difference has not been demonstrated, and we certainly don’t have a long time to get going if any of these options is feasible.

At the other extreme, there is much concern about positive (reinforcing) “climate-carbon cycle feedbacks” causing even more warming than indicated above. This refers to the case where initial warming causes release of CO2 or methane (CH4) into the atmosphere from natural sources, causing further warming, further release of CO2 and CH4, and so on. These feedbacks are not accounted for in the climate sensitivity range given in footnote 1. The major potential feedbacks of concern are:

The first of these is already happening, while the second has been observed, for example in permafrost lakes in Siberia3. The third feedback is potentially quite large but takes quite a larger warming to be triggered and involves a rather slow release of CH4 over a period of centuries.

The feedbacks are driven by warming itself, so the most important task is to drive GHG emissions to zero as quickly as possible (a target as early as 2060 had been proposed in Paris). The main implication of these feedbacks is that larger negative emissions would need to be created after fossil fuel emissions have been eliminated, but they should still be manageable if we can eliminate fossil fuel emissions by mid-century. Two possible leverage actions that we have are to reduce emissions of short-lived GHGs—such as CH4—in order to give a quick benefit in terms of reduced GHG concentrations—and to focus on reducing emissions of sooty aerosols, as sooty aerosols have various warming effects on climate. Recent agreements between Canada, the US and Mexico call for just that.

When all is said and done, it is hard to see how the global mean warming could peak at anything less than 2.0-2.5ºC, and even that will require some lucky breaks from nature—that the climate sensitivity is at the low end of the estimated range, and that climate-carbon cycle feedbacks are relatively small. There remains a risk, however, that even with near elimination of fossil fuel emissions by mid-century, the climate may warm by much more than that.

In terms of impacts, a 2.0-2.5ºC warming will severely strain food production and water supplies in many parts of the world, although in principle we could still feed everyone if future diets were to entail a lot less meat than currently projected (since a low-meat diet would free up enormous amounts of land to produce plant foods for direct consumption by people).

The geological record indicates that, in the past, a mere 2ºC warming has been associated with 15-35m higher sea level, and even during the previous interglacial period, when temperatures were only about 1ºC warmer than pre-industrial, sea level was 6-9m higher than at present. These higher sea levels would have arisen largely through some combination of ice loss from the Greenland ice sheet and the West Antarctic ice sheet. However, it might take one to several centuries of 2ºC warming to trigger such large sea level rises. It might be possible—with early elimination of fossil fuel emissions, large negative carbon emissions for a couple of centuries thereafter, and a few lucky breaks from nature—to avoid most of this sea level rise.

Another large, and now unavoidable, impact of even minimal amounts of warming will be large losses of coral reef ecosystems worldwide through some combination of “coral bleaching” as the climate warms, ocean acidification as the oceans absorb CO2, and sea level rise as the ice sheets melt. It might be possible to save a few coral ecosystems through direct human intervention.4 It is also likely that we will lose 10-30% of terrestrial animal species over the coming century even with minimal amounts of warming.

To return to the questions posed in the title of this essay, it is too late in the sense that there are now severe impacts of past GHG emissions that are in the pipe and cannot be avoided. However, it is still not too late to avoid a series of much worse impacts, and there is much that is beautiful and wonderful that can still be saved.

Doing so will require rapid reductions in global CO2 emissions, combined with a few lucky breaks from nature. We cannot control what nature deals us, but we can control what we do, and we should certainly not give up.

L.D. Danny Harvey is a professor in the Department of Geography, University of Toronto.

2 With a 90% chance that the climate sensitivity is 1.5-4.5ºC, there is almost no chance of less than 1.5ºC warming and a substantial risk of much greater warming—even more than 4.5ºC—eventually.

3 It is, however, too early to say whether this is part of a climate-carbon cycle feedback or part of the natural balance of CH4 sources and sinks that contributed to the pre-industrial CH4 concentration.

4 This would involve creating platforms onto which new coral communities could be established in more favourable parts of the world’s oceans (and used as potential seed areas for re-establishing degraded reef ecosystems in the centuries to come). 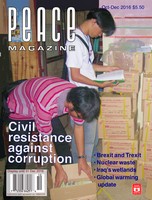 Search for other articles by Danny Harvey here