Karen Dawisha’s opus, Putin’s Kleptocracy, should be appreciated as one of the most significant books of recent years. It is a vivid warning and powerful analysis of the rise of an authoritarian regime in a Russia dominated by a clique of billionaires who owe their fortunes to Vladimir Putin. She shows that the US sanctions imposed on his cronies after the Russian invasion and annexation of Crimea, is a response to their well-documented intrigues and collaborations, going back to between 1985 and 1990, when Putin served as a senior KGB official in East Germany.

What makes Dawisha’s epic so compelling is that it effectively refutes a lot of bad analysis about the tyrannical descent of Russia following the break-up of the Soviet Union. She concludes succinctly that,

“Instead of seeing Russian politics as an inchoate democratic system being pulled down by history, accidental autocrats, popular inertia, bureaucratic incompetence, or poor Western advice, I conclude that from the beginning Putin and his circle sought to create an authoritarian regime ruled by a close-knit cabal with embedded interests, plans and capabilities, who used democracy for decoration rather than direction.”

Or to put in even more pithily, she concludes that Russia is both a “democratic failure and a resounding success.”

What is so admirable about Putin’s Kleptocracy is how well the author, who is a professor of political science at Miami University in Oxford, Ohio, marshals her documentation about the great crime of our times. Putin puts to shame such fictional heists as Goldfinger’s raid on Fort Knox by his daring thievery. Dawisha’s compelling case was made without a confession of aninsider or leaked documents, which would have, she convincingly explains, been based on a terrible line of corpses of Russian investigative reporters—the murder of the messengers.

“Many of them died for this story, and their work has largely been scrubbed from the Internet, or (as I discovered several times) infected with viruses attached to online documents, leading to computer crashes. Whole runs of critical newspapers have disappeared from Russian libraries. But ‘they’ always forget to remove them all, and many Russians still keep clippings, reminiscent of a previous era when the state similarly ended press freedoms.”

While Russian journalists have not been able to dig up big scoops regarding Putin’s activities with the KGB in East Germany, Dawisha cited their courageous exposés of his later actions in St. Petersburg from 1990 to 1996, when he served as deputy mayor. The exposés concerned his corrupt activities in co-operation with the Mayor of St. Petersburg, Anatoly Sobchak, whom he helped to escape illegally from Russia following his election defeat. Defeated at the polls, Putin, after being briefly unemployed, soon became director of the KGB’s successor organization, the FSB. From this unelected post, he would, as Dawisha shows, suppress criminal investigations of his massive corruption schemes in St. Petersburg, which odiously skimmed off millions intended to import low-cost food for the hungry city.

What is so tragic is that on August 24, 1998, a heroic journalist, Anatoliy Levin-Utkin, was beaten to death outside his St. Petersburg apartment, at which time the documents and photos inside his briefcase were stolen. They were material for a piece he was working on entitled, “Vladimir Putin Became Head of FSB Illegally.”

Levin-Utkin’s death triggered the interests of other journalists to publicize what had been, before his assassination, obscure stories, such as recounting his aid to Sobchak, who was fleeing Russia to escape criminal prosecution.

It is in this spirit that those concerned with the fate of the world should read Putin’s Kleptocracy. Read it carefully and impart its findings to others to encourage nonviolent democratic movements in Russia.

Reviewed by John Bacher, a peace and environment activist based in St. Catharines. 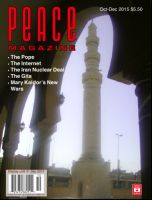