What has changed in a year? As I move about in the Tong Ping neighborhoods, the capital of this toddler country, three things stand out. The potholes are deeper. The gated, concertina wire-topped walls of the new élites’ compounds are higher and far more numerous. And they send a common message.

A year and a half after South Sudan’s secession from the north, towering billboards continue to urge celebration, claiming that it was worth it, that the “blood of 2.5 million martyrs cemented the foundation of this new nation,” it is difficult to find anything to celebrate. The billboards’ assertions only serve to deepen the cognitive dissonance. Piles of garbage—all of them lit, it would seem, at around 5:00 in the afternoon—are more than evidence of the lack of a waste management plan: they are a sign of despair. The plastic water bottle-induced stench that chokes the air also fills it with black streamers that are picked up by the breezes and deposited in one’s hair, dinner, or throat. The potholes are filled with the flattened-out remnants of yet more water bottles, along with household and market refuse, picked over by hopeful, if emaciated, cats and dogs alongside extended families of ducks or geese.

Not far from here, signs on those high walls indicate the presence of “Warrior Security,” a burgeoning industry and a bulwark against the grasping reach of this country’s human throw-aways. Juba City’s sprawl seems to have neither rhyme nor reason, with the mud and thatch of tukuls and the bamboo, tin, and tarp of the marginalized tucked in amongst the gated compounds. Hotels are springing up like the mushrooms in the springtime. Posters outside luxury apartment complexes boast of washers and dryers with every unit.

In a country bereft of all but the most minimal of education systems for much of the last fifty years, with the world’s second lowest literacy rate, and occupied for much of that time with the business of revolt, there is a dearth of South Sudanese people skilled in the trades.

It’s a city in a hurry—scrambling to meet the demands of the world’s multi-laterals, NGOs, embassy and corporate staffs, aid and development tourists setting up shop here, demands for accommodation, electricity, water, sewers, appliances, furniture and the supplies of daily living for first-worlders trying to settle in. Prices have gone sky high, affecting the local markets whose prices are meant to stay within the range of the impoverished many. Before I had check­ed out the more interesting and lower-priced local shops, I bought a toothbrush and a week’s worth of toothpaste for the equivalent of five Canadian dollars in a Lebanese-owned everything-store near the US Embassy.

One could lose hope here. It feels like one vast blunder, a boiling cauldron of contradictory ingredients, run by cooks more interested in meeting their own capacious appetites than serving the basic needs of South Sudanese people. It seems as if their dreams evaporated within days of the country’s birth with a return to inter-tribal violence and cattle-rustling massacres, while adding new security-state measures to their toolbox, turning their formerly Khartoum-generated violence inward.

Just up the road, two men brushing their teeth at the village well get into a fight when one accidentally flicks toothpaste on the other.“You spat on me,“says the one. “No, no!” insists the other. “Sorry, sorry, sorry, my brother! It was entirely unintended, I can assure you!” The first refuses to consider the other’s apology and he throws a brutal punch, the other returning in kind. They both fall to the ground, pummeling one another, the red dust rising around them. Members of the men’s respective clans arrive on hearing word of the mêlée at the well. Seven men are dead when the accounting is through.

Each day there are more reports of generalized violence, kidnapping, theft, beatings and arson. Young, jobless men, demobilized but not yet quite disarmed, left out of the marriage market for lack of cows in a society in which a man’s power is sealed by cattle, wives, and children, choose the only tool of survival they can see before them: theft of things and of children, murder of those who get in the way or challenge their power with the slightest of provocations. Many are war children, still lost Lost Boys, often only marginally literate, raised in violence, turning to violence, without hope and, whether they can articulate it or not, abandoned by the dream-peddlers who now live behind high walls.

In this extraordinary place of beauty with extraordinary people skilled in these matters. we will contemplate the complexities of being human—or as Hannah Arendt put it, the banality of evil. Though so many of our words will be about Declarations and Conventions and Protocols and Focal Points and Early Warning Mechanisms and Remedies Inter­national, Regional and National, we’re actually trying to figure out what we are as human beings, where and why the wheels fall off into black holes of violence, giving rise to gut-wrenching wonder.

We talk about R2P (Responsibility to Protect, first articulated by Canada’s Lloyd Axworthy), its worthy goals and its incongruities; about children in armed conflict and the gender and identity dimensions of violence, of social disintegration. Mass Atrocity Crimes seem exotic, out of the norm, extraordinary in their evil. Armenians, Jews, Roma, millions slaughtered at the blunt end of extraordinary dehumanization, labeled, detached, made disposable.

My task is to speak on “Community-based Resilience as a Strategy for Pre­vention of Mass Atro­city Crimes,” taking what I do at the grass­­roots with communities and placing it in the global, multilateral context. It’s a tough slog.

States and multilaterals talk to states, creating standards and frameworks and mandates—and yet what has changed? How does one get at contempt-driven atrocities, so impervious to the tools of conflict-resolvers, resolution-runners and rules-bound distant secretariats? What entrée do multilateral organizations have into places like Sudan whose leadership is indicted in absentia before the International Criminal Court for genocide and crimes against humanity and thus with no interest in an informed and mobilized citizenry? Delegates are here to remind us of unresolved government-perpetrated pasts—Guatemala, Colombia, Rwanda; of current horrors—Syria and Palestine, and of the tinder boxes of Ukraine, Uganda, the Central African Republic—and South Sudan in its disintegration.

We seem immobilized: How do these things happen? But yet, each situation has multiple stories showing that early warnings were there. Long before the images of mass atrocity crimes flood our media, the inherent contradictions of a body devoted to both sovereignty and accountability (and therefore, it would seem, intervention as appropriate) are revealed. We have found ourselves able to globalize and universalize a great deal—trade rules and penalties key amongst those—but stand apparently helpless or aloof when kleptocratic and plutocratic governments enrich their élites, marginalize women, impoverish the masses, criminalize dissent and silence the media—in violation of the letter and spirit of the United Nations’ foundational documents.

Tong Ping once more—but it is now a UN-administered camp for tens of thousands of internally-displaced South Sudan­ese huddled under tarps against the early arrival of the spring rains. After Vice Pre­sident Riek Machar announced in July that he would be seeking the presidency, the current holder of that office, Salva Kiir, fired him. In the years between the signing of the Com­prehensive Peace Agreement (CPA) between the North and South in 2005 and the 2011 independence referendum, the two men managed, against long odds, to forge a tenuous alliance across tribal lines. With independence that alliance began to unravel. Three months ago violence exploded. Heart­breaking—and utterly predictable.

The odds were already stacked against a country trying to do what few, if any, have accomplished before it. Insurgency movements that form governments rarely manage to turn gains on the battlefield into peaceful political change. A power struggle follows, ebbing briefly as comrades aim at a common enemy, but re-asserting itself when the complexities of the power-sharing, the nepotistic expectations of former warriors, and the new issues of carbon wealth-distribution offer challenges for which they understand only their old tools: violence.

In this tribal society, Machar, a Nuer, charged the Dinka president of autocratic governance. Then Kiir accused Machar of attempted coup d’état. The Tong Ping displaced are mostly Nuer, telling stories of being singled out by ethnicity by forces loyal to Kiir. Stories of Dinka atrocities committed against Nuer in the capital sparked Dinka fears and Nuer mobilizing across the country. In this symmetrical fratricide, with the army split virtually down the middle, the two groups are equally equipped in trained soldiers and heavy weaponry, enabling massive destruction. From accounts of humanitarian aid worker witnesses, staggering human rights violations and bloody slaughters are occurring on both sides of the conflict. The forces of hatred have been unleashed bringing the world’s newest country to the brink of disintegration.

A mid-January ceasefire was broken when the early February incursion of Machar-loyal forces into the town of Malakal provided the spark for renewed violence.

The UN has been overwhelmed by the numbers and ferocity of the violence. Between 10 and 20,000 people have been killed in vicious fighting and retaliatory massacres; more than a million are displaced. The rainy season has just begun, threatening the annual washing-out of the already precarious arteries that link this swampy country the size of France and the UK combined. The five kilometres of tarmacked highway at the time of the signing of the CPA have multiplied, but are already crumbling. The potential for acute malnutrition grows with every day as hundreds of thousands of subsistence farmers find themselves with nowhere to live, to work or to plant.

And the world watches.

Lee McKenna, founder of Partera, has been a conflict resolution trainer 25 years. 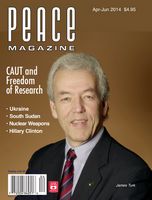 Search for other articles by Lee McKenna here