GE, one of the world’s top manufacturers of nuclear energy equipment, has declared that it no longer makes economic sense to build nuclear reactors. Compared to other forms of energy, nuclear is too expensive throughout the developed world, according to Jeff Immelt, the company’s CEO, who noted that, “It’s really a gas and wind world today” —a world in which natural gas is becoming “permanently cheap.”

Old nuclear plants have comparatively low costs of producing energy, but newer plants in the developed world are more expensive nowadays because of the increasingly stringent safety regulations in rich countries. (In the less developed countries, safety regulations can more often be evaded.)

Among the leading factors explaining these changes, especially since the Fukushima crisis, is widespread public anxiety about the dangers of radiation, nuclear waste disposal, and even the possibility of terrorist attack. These concerns are influencing the comparative costs of various sources of energy. In general, renewable energy sources are declining in price, whereas nuclear and coal are stable or even increasing, largely because of the high capital requirements for building reactors. There are heavy risks involved, which make for frequent overruns in costs and time. Even factoring in the guarantees from the US Department of Energy, loans for nuclear reactor construction cost around 11.6%—too steep to be competitive.

In the US, the price of natural gas has dropped by half since 2008, largely because of the booming shale gas industry. Solar panels have dropped 75 percent in price over the past three years, making solar power competitive with daytime retail electricity in some countries. Moreover, the recession has resulted in a decline in the demand for electricity.

Japan, Switzerland, Belgium and Germany have decided to shut down their nuclear plants. Elsewhere in the West, notably in Finland, nuclear contractors are facing new financial difficulties in carrying out construction plans. Had climate change legislation been enacted everywhere, bringing in carbon taxation or carbon emission caps, there would be less support for investment in fossil fuel energy, which would have improved the relative profitability of the nuclear industry, but this has not happened, nor is it apparently in the cards for the foreseeable future. Thus nuclear is hitting a wall.

Yet GE is not suffering from these changes, according to Mr. Immelt. His company makes not only products for the nuclear industry, but also for all other leading energy industries: gas, wind, and oil. It will remain highly profitable. 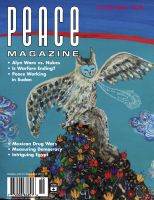