Walter Dorn’s Keeping Watch: Monitoring, Technology, & Innovation in UN Peace Operations is a gold mine of information on UN surveillance technology and intelligence—both of which are now worrisomely inadequate, yet vital to the monitoring, cooling, and even preventing of international conflict.

Dorn writes, “In an age when technology has been widely used to enhance war-fighting, it’s only appropriate to make greater use of technology for peacekeeping.” It is an obvious line, yet it is shocking how under-equipped the UN is for its many peacekeeping operations. This book goes beyond the rhetoric of peace; Dorn spells out many practical solutions that the United Nations can implement to tangibly advance toward international peace.

Giving an overview, first of the evolution of peacekeeping operations (PKOs) throughout the UN’s history, then of the technologies that can be used in current and future operations, Dorn provides the context for anyone to understand peacekeeping operations. Keeping Watch describes technologies—from acoustic and seismic sensors to geographic information systems—which, though at times tedious, shows the vast technological landscape that exists today.

Dorn’s case studies of the UN’s operations is a colorful addition to what would otherwise be a difficult technical read. And though critical of the UN and its slow adoption of technology, Dorn acknowledges its successes and the creativity in this bureaucracy. For instance, his outline of the history of traditional missions—where peacekeepers are tasked with monitoring a ceasefire—shows the progression of the UN’s technology from the virtually nonexistent to the more innovative. In its first-ever observer mission, which emerged as a result of the Arab-Israeli war in 1948, the United Nations Truce Supervision Organization, primarily used binoculars at their posts to monitor the ceasefire line and other demilitarized zones between the two parties’ forces. Time and experience permitted advancement; in 2008, the United Nations Peacekeeping Force in Cyprus began to use remote unmanned cameras to monitor conflict between Greek and Turkish communities across Cyprus, a success story that shows the potential for innovation.

Dorn reminds us that even ordinary citizens are using monitoring technology in our everyday lives, from video cameras around our homes to the ubiquitous smart phone—all of which could aid peacekeepers and ensure a greater degree of their safety. None of Dorn’s recommendations are shocking, really. What is shocking is the huge gap between the scope of the UN’s PKOs and the tools necessary for their success.

Keeping Watch is profoundly insightful. Dorn’s vision of peacekeeping operations in the 21st century should be welcomed by anyone who is an advocate for peace.

Reviewed by Justine Abigail Yu, a member of Peace_’s editorial board._ 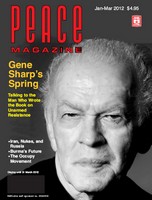 Search for other articles by Justine Yu here