Hot News on the Cold War

Edgar Allan Poe insisted on starting his famous poem The Raven “at the end, where all works of art should begin.” So, it might be argued, should all works of history since, in the nature of history, the end is known, and we should from the outset not deny ourselves the insight that results from that knowledge.

The Cold War, though it started and ended during the lifetime of mature folk, being now history, should stand to benefit from Poe’s dictum.

Our side fought it because otherwise, we were told, the Communists would take over the world and destroy our way of life. The phrase that framed the debate in the West, particularly in America, was “better dead than Red.” Disagree and you were a commie, a traitor, a coward, an un-American.

The notion that Communism might be ephemeral and would wither away of its own contradictions was beyond the possible, yet that is precisely what happened. As great empires go, the Soviet version is a loser that lasted less than half a century. To know the ending is to know that the Cold War made no sense.

Yet the Cold War put our lives, even all of our lives — including those who would never be born, and therefore given no choice in the matter — at risk. That is clearly no small matter, but it was all for nothing. We were prepared, apparently, to risk the end of the world for a momentary disagreement. How could this have happened?

We are being increasingly inundated by histories of the Cold War though, being so recent, not necessarily written by historians.

The diplomat and scholar George Kennan and the arms control negotiator Paul Nitze were not only alive throughout the Cold War, both were active participants in it on the American side. Nicholas Thompson, an editor of Wired magazine, has written a joint biography of Nitze the hawk and Kennan the dove. (Both fly, as the Onion recently put it, under the eye of that notorious predator, the American eagle.) Though Thompson is Nitze’s grandson, the book is evenhanded. If you enjoy biography, this is two for the price of one.

Kennan as “X” wrote the famous essay just after the end of World War II that described in its full brutality the nature of Stalin’s regime and called for its containment. He did not regard the Soviet Union as so threatening — so “evil” to use the later official discourse — that it must be met by the all out threat of nuclear war and the consequent escalating arms race. With remarkable prescience, he foresaw the USSR as collapsing from its own contradictions and was fortunate enough to live to see his own vindication and be honored for it.

Nitze was a hawk from the outset. Hawks believed in the bomb; it was merely another weapon to be used in the necessary war against the godless Soviet Union. As weapons grew in killing power and threatened a nuclear holocaust, arms control became necessary to placate the rationally frightened.

The strategy of the hawks was to capture the arms control machinery and be as unyielding as they could. Negotiate endlessly, think small, settle for little, and constantly inflate the Soviet threat. That certainly became the policy of Nitze, who was one of America’s longest active negotiators. The Cold War ended in spite of such people.

With Kennan so right from the beginning, how come he got to spend decades in the wilderness of academia while Nitze got to do the negotiating, the gaming of escalation, and the inside-the-Beltway tough talking? Because, as Kennan himself said, his proposed strategy of containment was militarized. What became necessary was not to contain the USSR, as Kennan proposed, but to contain the military-industrial complexes in both countries, as Nitze pretended to be doing. This dangerous game could only end when one side in the Cold War collapsed of its own weight. In the interim, billions of dollars and rubles had been spent under the threat of a hot war.

The superb book by Craig and Logevall, a political scientist and historian respectively, documents how that militarization took place on the American side and how it permeated the American economy and polity. They insist that containment had been largely achieved as early as 1949. But the Cold War pushed too many buttons in the American psyche, and a vicious anti-communism fed a frenzied arms race. As the Cold War was coming to an end in the 1980s with the Soviet Union visibly in decline, American cold warriors under Reagan were escalating their language about a “clear and present danger” from a permanent enemy that required permanent war.

Craig and Logevall open with the story of the decline of the Cold War and the vindication of Kennan. He is the hero of a book in which heroism is in short supply. Nitze receives only passing references, as it should be.

Neil Sheehan, the American author of the brilliant Pulitzer Prize winning A Bright Shining Lie that told the story of John Paul Vann in Vietnam, has written a book long in the making but deeply disappointing and informative mostly by what didn’t happen, as with Holmes’s dog that did not bark. It is the story of the building of the intercontinental ballistic missile in which none of those involved seems to have thought about what they were doing: a humungous escalation of the arms race. Such blinkered thinking on the part of experts must be counted as a terrible flaw in our allegedly advanced “civilization.”

Bernard Schriever was an American engineer and air force officer who led the project that built the “ultimate weapon” of the sub-title that escalated the arms race by permitting long-range, super-speed, delivery of the bomb. Sheehan takes us inside the mind of Schriever but not once do we find that he, or any of those he worked with, doubted the goodness of what they were devoting their lives to.

It is discouraging to see as fine a journalist as Sheehan write of Schriever that he “played a pivotal role in preserving peace during the grim years of the Cold War by building the first weapon in the history of warfare that was meant to deter rather than be fired in anger.” The implicit assumptions in that sentence truly astound. Schriever’s loyalty, his complicity, his amorality do not deserve to be celebrated. The Cold War ended in spite of the Schrievers of the world.

When there is an occasional though tempered criticism of Curtis LeMay of US Bomber Command, a Dr. Strangelove of borderline sanity, it seems only to make the many Schrievers seem sane. We must, writes Sheehan, allow for “the thinking of the period.” But periods don’t think, it’s people who do, or ought to, and apparently didn’t. So narrow is the focus of this book that neither Kennan nor Nitze make the index.

Still, we’re batting two out of three on new books on the Cold War that answer fundamental questions rather than giving self-serving answers. The third book unintentionally poses a challenge: how to get technocrats to think about the consequences of the technology they love.

Reviewed by Mel Watkins, an emeritus University of Toronto professor. 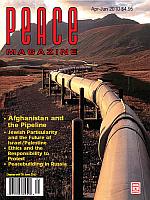