Imperial Hubris: Why the West is Losing the War on Terror

"Anonymous" describes himself in the preface as an intelligence analyst specializing in Middle East terrorism; he accepts all American claims of Islamic terrorism at face value.

"Anonymous," whose identity was withheld at the CIA's insistence, has been identified as Michael Scheuer, a 22-year CIA veteran who ran the Counterterrorist Center's Osama bin Laden station from 1996-1999. His past book, Through Our Enemies' Eyes, began in 1999 as an unclassified manual for new counterterrorist officers.

Scheuer's thesis is that with American media portraying bin Laden as a crazy terrorist, and Muslim anger at the US, Americans are underestimating their enemy and putting themselves at risk. Scheuer praises bin Laden as a heroic, charismatic figure, the most inspiring Muslim leader of the last 150 years. He is David facing the US Goliath, defending his God, his religion, his people, and their lands. His words rouse Muslims to defend all they hold sacred.

Scheuer explains that Muslim anger at the US is well-founded: support for Israel; the occupations of Iraq and Afghanistan; support for governments repressing legitimate Muslim resistance; pressure on Arab energy producers to keep oil prices low; and support for "apostate, corrupt and tyrannical Muslim governments." The US is precipitating a worldwide religious war which must be waged all-out rather than with counter-terrorism measures.

Scheuer notes, "America is in a war for survival...in terms of keeping the ability to live as we want...." American energy and foreign policies are dictating a bloody future against Islam.

"As a sovereign state, the US is free to decide and implement its policies and actions in the Muslim world. They have been designed by elected leaders to meet national interests, approved and funded by elected representatives and validated repeatedly in presidential and congressional elections."

"Get used to and good at killing," Scheuer says, as the US is looking at the annihilation of the Muslim world and "a Sherman-like razing of infrastructure."

On the other hand, he is appalled at knee-jerk US labeling of Muslim resistance to oppression as "terrorism."

Scheuer thinks the US must become energy self-sufficient and hold public policy debates to minimize conflicts with Islam -- debates "not solely by their elites with the guidance, lobbying, money, and machinations of oil companies, weapons makers, evangelical preachers and Israel and its acolytes." 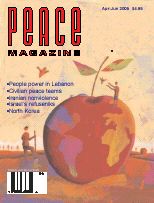