Paul Martin's involvement in the UN Commission on the Private Sector and Development is a positive sign. At the launch of the UN commission on the 25th of June he stated: "People want a hand up, not a hand out."

It is the poorest who are most often left out of the private sector development model. It is unlikely that large-scale foreign investment will improve the situation for the most desperately poor. It is equally unlikely that small and medium size businesses will do much to help the poorest; laws of capitalism dictate that workers are only paid as much as necessary, but no more.

What the poorest need is access to credit and other financial services. Unfortunately, with no collateral and no savings, the only place they have to turn is moneylenders.

If Mr. Martin is serious about helping the poorest, he needs to make sure that microcredit programs that lend small amounts to the poorest for self-employment, become a major part in Canada's foreign aid plans. Microcredit fits well with Mr. Martin's development proposals, augmenting the foreign investment solutions that leave out the poorest.

War has rapidly become an obsolete method of settling any dispute. Every effort must be made to move away from the preemptive and illegal policies of the Bush government.

Responding to the government request for input I recently wrote Prime Minister Jean Chretien and foreign affairs minister Bill Graham suggesting the establishment of a royal commission or similar body to study how war can be made effectively illegal within a ten-year period. Its work should be well publicized and obtain extensive expert and public input.

To counter extensive public apathy on this subject, any support for this or a similar proposal from Peace Magazine readers would be beneficial.

Canada in 2000 strongly supported and played a key role in the creation of the Global Fund to Fight AIDS, Tuberculosis, and Malaria (GFATM). The number of HIV-infected children under 15 has tripled since the initiation of the fund in the past three years. Malaria and TB continue to kill millions irrespective of the effective ways to fight these killers. The cost to battle these diseases is far less than the price to be paid for failing to act, consequent instability, violence and terrorism, unhealthy mind in unhealthy body.

This year's G8 meeting showed that GFATM will be unable to fund the planned program proposals in October 2003 unless significant new funding is forthcoming. Most developed countries have pledges to increase their funding to match the targeted numbers as was initially proposed. Canada's commitment in 2000 ($25-million (U.S) a year for four years) is proportionately one of the smallest of developed countries. It is crucial for Canada not to lag behind other donors.

Your article by F. H. Knelman really makes me question just how rigorous the standards are for doctoral candidates. What purports to be a "concise guide to the [PNAC]" contains some false statements, out of context quotations, and little useful information.

First, I'm curious how the DPG, published in 1992 (not in 1990, as Knelman thinks), could be based on a book that didn't appear until 1995. But that question aside, the article implies that the PNAC document actually calls for a Pearl Harbor-like event - as though it somehow precipitated it. In fact, 9/11 was the event that proved the prescience of the PNAC prediction: that unless the US takes a proactive and preemptive approach to global terrorism, it will be a direct victim of such terrorism in catastrophic ways. This is as true now as it was before 9/11. And all of Knelman's insinuating references to the oil industry do not detract from the reality that 9/11 made clear.

He also quotes Condoleeza Rice ("how do you capitalize on these opportunities?...") completely out of context, again making the ridiculous implication that she's somehow praising 9/11. In fact, the book this alleged quote comes from was published in 1998, two years before 9/11 even happened.

The reality is that 9/11 could have been even worse, and the heroism of several civilians prevented a far greater disaster. In that respect, it was a small warmup for terrorists and only a sample of larger destruction yet to come, should we remain oblivious to the need to combat terrorism before it strikes. Knelman should think twice before writing in public again. 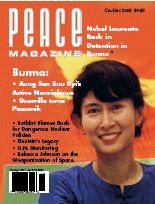