The hijackers may have learnt everything they needed to know about how to fly the Boeing airliners by buying flight simulation software, a senior RAF officer said. The products are so realistic that the US Navy began training its recruits earlier this year using Microsoft Flight Simulator. CD-Roms detailing the interiors of the Boeing 757 and the Boeing 767, the aircraft hijacked in the September 11 attacks, were launched only a few months ago. Its "virtual pilots" can choose their plane, the airports where they will start and finish, and can plot an exact route, even programming in changes in weather.

The introductory pages on Microsoft's simulator web site offer browsers the chance to fly over the World Trade towers and Manhattan Island. "If I were planning to commit these atrocities and wanted to learn about the planes, I would have bought one of these simulation products," said the RAF officer, who did not want to be named. He said the hijackers could easily have acquired all the skills needed to take the controls of the plane by practicing on a computer. Flight One Software, which sells simulations of dozens of plane cockpits, offers the 757 at $15.95 and the 767 at $34.95. Both can be ordered by mail. The security services face a near impossible task tracking down the hijackers by checking those who visited websites as almost five million people have visited one site, Microwings.

The American Institute of Aeronautics and Astronautics has expressed concern about the estimated 6,248 objects in orbit around the earth. While its report does not call for a single international space control authority, it does suggest an amalgam- ation of improved space treaties, operational agreements, and "rules of the road" to handle space "traffic management."

The proposal is not likely to be accepted, given the trends of the Bush administration, which seems to be avoiding use of treaties. However, the United States is the most vulnerable country, given its reliance on satellites. And tests for another Brilliant Pebbles system of Star Wars would place at least another 1,000 objects in space.

Wars from Sierra Leone to Congo are being financed with diamonds, causing millions of civilian casualties and untold suffering. Experts estimate that 6.5 million people have fled their homes because of fighting over control of diamond mining areas and about 3.7 million people have died as a result of these wars.

Now the Campaign to Eliminate Conflict Diamonds - a coalition of more than 100 human rights, religious, peace and development groups - has been formed to end the trade in conflict diamonds. The regimen is the "Kimberley process," named for the city where talks were initiated last year.

A bill is being introduced to the US Congress this fall, and a resolution will be finalized and presented to the General Assembly by December 2001. The Clean Diamonds Act will affect parties who use diamonds to wage war, commit human rights abuses, and terrorize populations.

Taiwan to Open Links with Mainland

Taiwan has decided to open wider and direct economic links with mainland China. The process of change will begin with closer economic ties and will likely end with political ties so close that in 20 or 30 years reunification across the Taiwan Strait should become painless. This process began with pressure from Taiwan's business community. Taiwan's economy has been weakening, with unemployment rising, while China's economy is booming. The imminent adherence of both parts of China to the legal framework of the World Trade Organization has made expanding economic relations highly attractive.

Peace Work in the Middle East

Middle East Nonviolence and Democracy (MEND) is a member of the IFOR Palestinian branch, along with the Wi'am Center. Established in 1998, MEND is a Palestinian nongovernmental organisation focused on creating a more democratic and nonviolent climate throughout the region, primarily through training and innovative media techniques such as participatory video. MEND is the coordinating agency for the preparation of educational outreach materials for the Palestinian-Israeli Sesame Street Television Program.

In 1999, MEND launched an educational project (supported by UN Volunteers and the Government of Japan) for the empowerment of schoolgirls through teacher training, curriculum development and an after school program including training in internet use and video. MEND has organized a "Youth Living with Conflict" summer camp with Palestinian, South African, and Northern Irish youth, who were trained in nonviolent conflict resolution, human rights and media techniques.

MEND runs support groups to help Palestinians who depend on olive-picking, since they are often attacked by Israeli settlers. 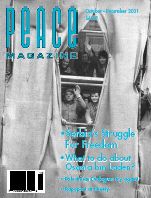