The Origin of Mother's Day

On the second Sunday in May, several nations around the world pay homage to their selfless and devoted mothers. The ancient Greeks honored Rhea, the mother of the Gods, and in the 1600s, the English observed "Mothering Sunday," the fourth Sunday of Lent, when servants were encouraged to spend the day at home with their mothers reflecting on the important role of Mary, the mother of Christ.

In North America, Mother's Day has a different origin. And the principles have strayed from its dignified beginnings as a peace movement and a day recognizing the contribution of women to yet another Hallmark holiday on the calendar. Three women in U.S. history are credited as the mothers of the original Mother's Day.

In 1872, Julia Ward Howe, suffragist and author of the lyrics to the Battle Hymn of the Republic, was stirred into activism after the brutal Franco-Prussian war. She attempted to coordinate an international pacifist conference, but had little response or even interest from the male population. She appealed to war mothers, the women who supported the husbands and sons at war, pleading "Why do not the mothers of mankind interfere in these matters to prevent the waste of that human life of which they alone bear and know the cost?" Soon, Howe headed the American branch of the Woman's International Peace Association, which observed a day dedicated to peace.

At the same time, a mother-daughter team in Philadelphia was campaigning for conflict resolution and peace after the devastating American Civil War. Anna Jarvis, also known as "Mother Jarvis," was a lifelong activist who organized women's brigades, encouraging Confederate and Union neighbors to "heal the scars of the American Civil War." After Mother's death in 1905, her daughter Anna continued the campaign. She continued a fervent letter campaign to influential Americans, such as President William Taft, former President Theodore Roosevelt and local merchant John Wanamaker, to accord women the recognition they deserved. By 1907, the letters finally paid off. The first observance of Mother's Day was held in West Virginia and in the Wanamaker Auditorium in Philadelphia, which could seat only one-third of the 15, 000 attendees. By 1912, 45 states observed Mother's Day on the second Sunday of May. And in 1914, President Woodrow Wilson signed the Congressional resolution declaring the holiday.

But, even in the early years, the day of quiet reflection and maternal reverence quickly turned into an opportunity to make a fast buck. Anna Jarvis was enraged by the commercialization of the day meant to respect hard-working American mothers. She was arrested for disturbing the peace at a war mother's convention where white carnations, the flower now popularly associated with the holiday, were being sold for profit. What might she say today about our Mothers' Day? 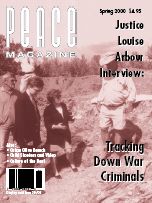