Good Taxes is yet another significant contribution to the analysis of present and proposed public policies by prolific researcher, teacher, and author, Alex Michalos.

In this small but comprehensive work he examines the arguments for and against the adoption of a long proposed, quite different kind of tax levy on the citizens of all countries who engage in investment. The tax, which he calls a Financial Transaction Tax (FTT), was first proposed in 1972 by the U.S. Nobel Laureate, James Tobin. It is basically an excise tax (at a very low rate, probably between one tenth of one per cent and one per cent) levied on every purchase of an investment, hedge or speculation contract, no matter where in the world it takes place.The "Tobin Tax" is a species of FTT which applies across national boundaries.

The purpose of such a tax is twofold:

To provide the governments of all nations with additional revenue to be dedicated to the reduction of poverty, an improved level of social services and greater protection of their country's physical environment.

To reduce the growing incidence and the overall volume of speculation in the major financial market on movements in the foreign exchange prices of the world's currencies.

The lack of adequate educational and medical assistance and environmental protection measures is widespread, particularly so in less-developed countries. These nations have far smaller (or virtually non-existent) financial markets. The Tobin Tax proposal would have the tax collected by either the country in which the transaction is carried out or the country of origin of the initiator of the transaction. Some of the proceeds would be retained by the collecting nation but a significant part of them would be paid over to an international agency, perhaps the United Nations or the World Bank. The funds would then be redistributed to areas where there is the greatest need.

Good Taxes describes how many of our major commercial banks are heavily involved in investment themselves and in providing the credit which enables others to speculate on the movement of foreign exchange rates. Many of such banks are now too large "to be allowed to fail." Our governments-and all of their citizens-are effectively insuring the solvency of these banks.

Good Taxes strongly urges national governments to adopt measures which will inhibit much of this speculation and offset the difficulties that central banks are facing in attempting to maintain stable currencies. The originators of the Tobin Tax proposal and the majority of conclusions of over 100 studies on the topic are in enthusiastic agreement.

A minority of the studies referred to by Michalos do not support the FTT proposal. For the most part these critics seem to believe, like business leaders, that governments should be less involved in economic affairs, allowing "free market" forces to prevail. They assert that until every country in the world agrees to adopt the Tobin Tax, it will be too easily evaded.

Michalos refers to a more comprehensive FTT proposal which has been developed specifically for Canada. It would go beyond the proposal to tax investment and speculation transactions, and would collect a small tax at the source of all withdrawals by Canadian residents from funds they have on deposit with financial institutions. (One good source of that proposal is found in J.L. Riddell, Reclaiming Canada's Sovereignty, LNC Pubs. 1996.) Rather than be a new additional tax with the proceeds going to fund social assistance and environmental protection programs, Riddell's expanded Canadian FTT would simply replace the present GST and most provincial sales taxes. Many European countries and Japan already levy a very small excise tax on most transactions in financial securities. The Canadian government has rejected earlier proposals, but its objections have been nullified by the new proposal that minimizes evasion. Michalos and other proponents agree that if the G-7 or G-10 could agree on a Tobin Tax, it would be very difficult for others to avoid agreeing as well. Perhaps we shall start to see governments avail themselves of the many benefits which the FTT has to offer. 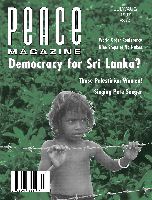 Search for other articles by Ian Wood here