The Popol Vuh, the great creation myth of the Quiché Maya, is one of the few works of Pre-Columbian Central American literature that escaped the vandalistic zeal of the Spanish conquerors and has come down to us. This wonderful book bears comparison with the finest works of mythology of any culture, and one can only grieve at the thought of what must have been lost. In The Night Voyagers, Donn Kushner, an internationally known microbiologist and writer of children's stories, has created a work of magic realism in which this epic is interwoven with a story of political oppression and terror in present-day Central America. In this book, intended for readers from about grade six onward, he tells the story of an 11-year-old boy named Manuel from a Central American country, unidentified, but obviously Guatemala. His father, a school teacher, has disappeared, and Manuel and his mother and his older brother are forced to flee their country in fear for their lives. The boy has seen dreadful things that he has only partly understood, and has stopped talking out of a confused fear that he might reveal secrets to enemies. Most of the book tells the story of how kind and brave people help him and his family to escape deportation and to make their way from the southern United States to Canada. This part of the story is based on actual incidents of recent history.

On their way, however, they have companions whom only Manuel sees: the ghosts of his father and of two street children, a boy who plays a flute and a girl who plays castanets. More sinister are the Lords of Xibalba, the Mayan Underworld, whom Manuel knew from the stories his father had told him from the Popol Vuh. These sometimes appear only to Manuel, but more often they take over the bodies of unpleasant people and harass and torment the boy and his family as they travel on their way. Particularly obnoxious were two, Filth-Maker and Bringer of Misery. Fortunately, Manuel recognized them and because he knew their names they lost the power to harm him.

Eventually they reach Canada and find refuge near the Thousand Islands. By this time, Manuel is physically ill, perhaps from a kidney infection or from a bite he received from a snake carried by Filth-Maker. The story reaches its climax as he sits beside the river, weak and feverish. Here he is once again confronted by one of the Lords of Xibalba, this time the fearsome Seven Death, who is driven away by the shade of his father. The ghost children urge him to go with them down the river to a happier world that they have heard about from the spirits of Indians who lived beside the river long ago. For a moment he hesitates between life and death. However, in a sudden desperate emergency demanding immediate action, he chooses life and ends his long silence. From this moment his return to physical and emotional health begins. His ghostly companions leave him, and the Lords of Xibalba are seen no more.

Children should enjoy this book as a story of adventure and narrow escapes. At the same time they will come to realize that not everyone in the world enjoys the peace and security of North America. Adults will perhaps see a deeper meaning in it as a story of the triumph of hope over despair. 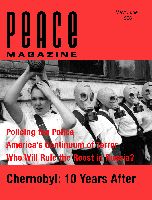 Search for other articles by Bob Baxter here